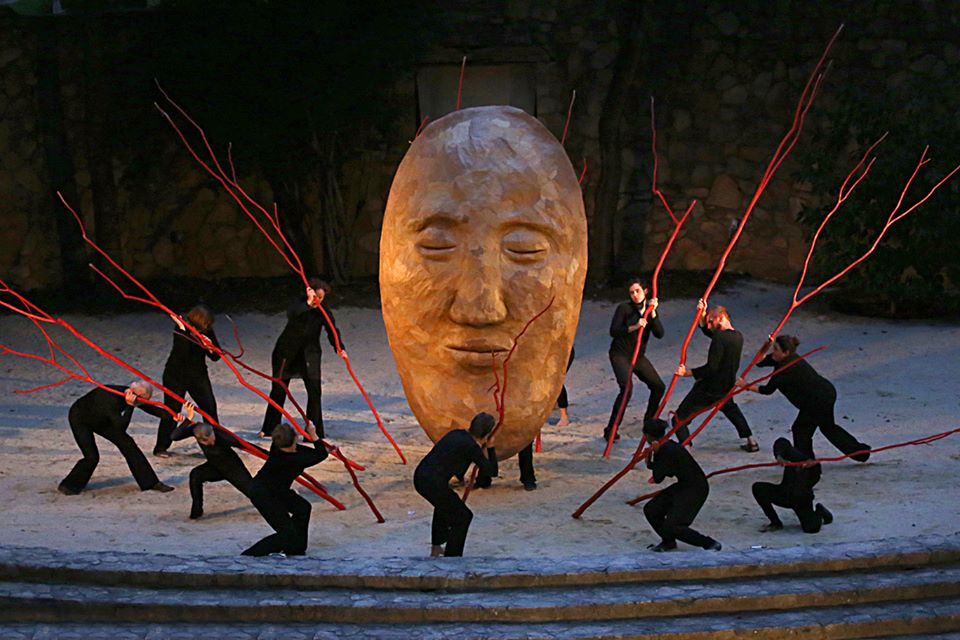 In 1998 Paperhand Puppet Intervention’s directors Donovan Zimmerman and Jan Burger met and began a collaboration of epic proportions. Since then, 20 years ago, they have been using papier-mâché, cardboard, bamboo, your old house paints, cloth, and other assorted junk (treasure to us!) to create incredible giant puppets, masks, shadow plays and spectacle performances for all ages.

They continue to tell stories, beat drums, sew cloth, get sweaty, push boundaries and carry heavy things to help make the world a better place. Paperhand’s parades, pageants, and award winning performances aim to be an inspiration, a call to action, and a celebration for everyone to enjoy! 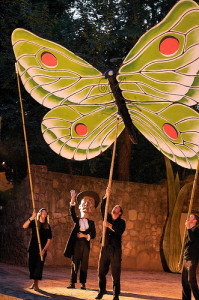 Paperhand Puppet Intervention’s mission is to use diverse styles of puppetry and artistic expression to create works that inspire, promote social change and are deeply rewarding for all involved. These styles include: giant puppets, rod puppets, shadow puppetry, masks, stilt dancing and anything under the sky that strikes our fancy.

Our vision is inspired by our love for the earth and its creatures (including humans). We will synthesize many art forms including, but never limited to, sculpting, painting, dance, music, improvisation, costume design, set design and theater. We are committed to creating multi-scaled and multi-disciplinary puppet performances that support this vision.

We will use this puppetry, performance and creativity to undermine and eradicate greed, hate and fear and promote justice, equality and peace. We will work uncompromisingly to these ends.

We are celebrants. We are activists. We are puppeteers. 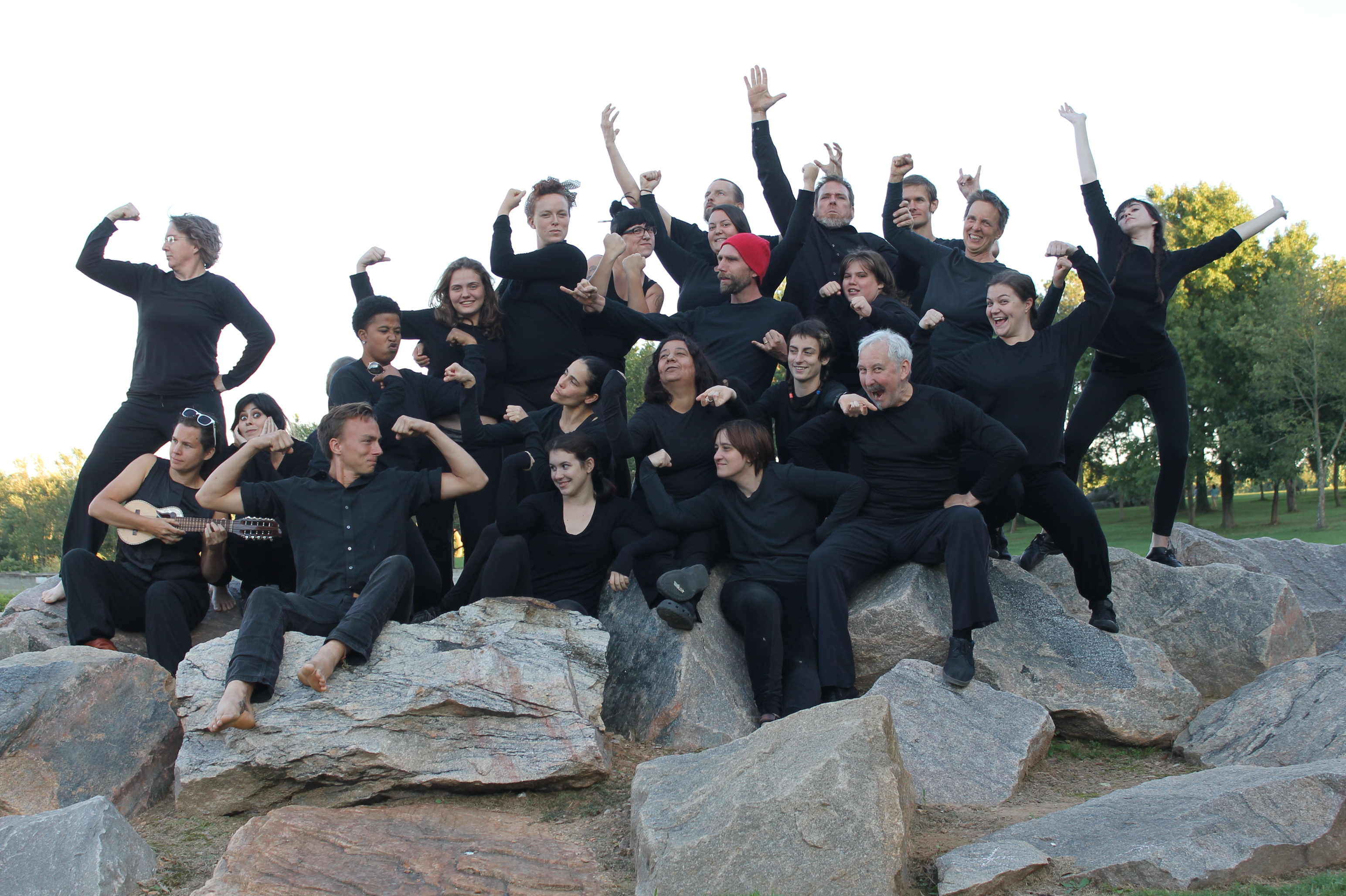 OUR CO-FOUNDERS and DIRECTORS 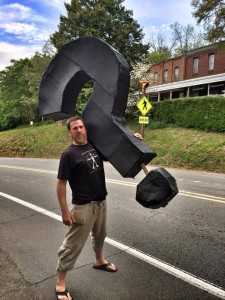 I live in Saxapahaw on 15 acres of hybrid hippie homestead with my wife Lea, my daughter Althea, our dog Bella and our cat Gertrude. 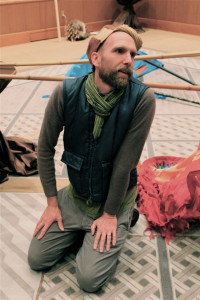 I am a puppeteer, print maker, and paper cutter. I walk on stilts, work as an activist and lead group games. I am also a cartoonist, an amateur naturalist and a terrible accordionist.

With Donovan Zimmerman, I co-founded Paperhand Puppet Intervention. Together we sculpt, paint, sew, design, direct, write, perform, play music and do whatever else it takes to make a puppet show; from the initial inklings of an idea while walking in the woods, to the slopping of paper mache goop with numerous volunteers, to performing in sweat soaked masks, and finally schlepping the puppets away.

I have been an artist since I was a kid. My official schooling consists of one year at the Massachusetts College of Art, a year spent studying outdoors with the Audubon Expedition Institute, and most recently a year at the Center for Cartoon Studies in Vermont, where I studied making comic books. I have worked with many other Puppet theaters around the country including:

A large part of the puppeteering experience I have picked up over the years has come from taking part in large scale demonstrations. At one of these events, dozens of puppeteers, from around the country and abroad, will converge to create hundreds of puppets over a week or more. We share knowledge about our own paper mache glue mixtures and cardboard stapling techniques as we work. The puppets are then used in pageants in the streets to protest injustices while highlighting the beauty and diversity of people working together. Some of these include:

•  The School of the Americas Fort Benning, GA.